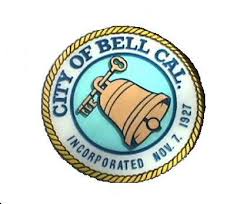 A former City Of Bell manager was prosecuted by the Attorney General and sued civilly for wasting City Of Bell funds. When requested by the former manager, the City Of Bell declined to provide the man with a defense.  The former city manager brought an action against the City Of Bell for declaratory relief asking the court for a declaration that the city was required by its employment contract to provide him with a defense.  The employment contract states: “City shall defend, hold harmless and indemnify Employee against any claim, demand, judgment or action, of any type or kind, arising out of any act or failure to act, by Employee, if such act or failure to act was within the course and scope of Employee’s employment. City may compromise and settle any such claim or suit provided City shall bear the entire cost of any such settlement.” When the trial court ruled the City Of Bell was not entitled to a jury trial in the declaratory relief action, the city petitioned the appellate court for a writ of mandate. In its briefing, the City Of Bell argued that interpreting the former manager’s employment contract to require the city to provide a defense would render the contract void as against public policy, and that the employment contract should be interpreted, as a matter of law, not to require the city to provide a defense. The appellate court asked the parties to brief those issues. The former City Of Bell manager took the position that if the employment contract is to be interpreted as a matter of law, the trial court was correct in striking the city’s request for a jury trial, and the writ should simply be denied.  The appellate court stated: “Such a course of action would, in our view, be a waste of judicial resources. The contract can be interpreted as a matter of law; the parties have been given a full opportunity to brief the issues before this court; and it appears, from the trial court’s ruling on the stay motion, that the trial court’s present interpretation of the contract is erroneous. We will conclude that the contract does not require the City to provide Rizzo with a defense to the underlying actions. We will therefore grant the City’s writ petition, and direct that the trial court conduct no trial, bench or jury.” (City of Bell v. Sup. Ct. (Robert A. Rizzo) (Cal. App. Second Dist., Div. 3; October 4, 2013) (As Mod. October 9th  and 25th 2013) 220 Cal.App.4th 236.

Mark A. Mellor, Esq. was featured on ABC 10News San Diego, where several homeowners claim that a well-known solar company suddenly closed their doors and took off with their payments. "Attorney Mark Mellor specializes in construction law. He tells homeowners to check all … END_OF_DOCUMENT_TOKEN_TO_BE_REPLACED

In nearly any kind of enterprise, a business attorney is critically important in making sure that business transactions are conducted in appropriate ways. In general, business attorneys help their clients with everything involved in operationally running a business – from payroll … END_OF_DOCUMENT_TOKEN_TO_BE_REPLACED