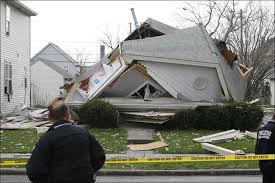 In an action by an insured against an insurance company which denied a claim, plaintiff requested that the trial court give a standard jury instruction explaining that, when a loss is caused by a combination of covered and excluded risks, the loss is covered if the most important or predominant cause is a covered risk. (CACI No. 2306.) Defendant instead proposed a special jury instruction placing on plaintiff the burden of proving the collapse of the house was “caused only by one or more” of the perils listed in the policy, and that there was no coverage if the cause of the collapse involved any peril other than those listed.

If you are a business owner, then you know that contracts are an important part of doing business. Contracts set the parameters for a deal and protect both parties involved. Unfortunately, contract disputes can happen. If you think you might be dealing with a breach of contract, … END_OF_DOCUMENT_TOKEN_TO_BE_REPLACED

If you're in the market for a property ownership attorney, it's important to know what to look for. Not all attorneys are created equal, and you'll want to make sure you choose one who is experienced, educated, reputable and responsive.  In this blog post, we will go over five … END_OF_DOCUMENT_TOKEN_TO_BE_REPLACED

When you’ve lost someone close to you, the last thing you may want to think about is filing a lawsuit. However, in some cases, wrongful death suits can be the best way to get justice for your loved one and ensure that the responsible party is held accountable. What is a … END_OF_DOCUMENT_TOKEN_TO_BE_REPLACED