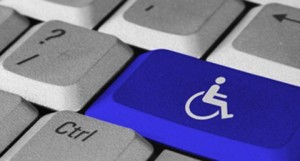 When he was hired in September 2010, plaintiff informed his employer he planned to donate a kidney to his sister the following February and would need leave to do so. Plaintiff periodically reminded managers and human resources personnel of his plan. In November, plaintiff became aware the Donation Protection Act [DPA; Labor Code sections 1501-1508] would become effective on January 1, 2011. He informed his employer about the DPA and requested the 30-days paid leave provided under the Act. His performance reviews were satisfactory and he had no disciplinary problems. On December 30, 2011, he was terminated. Plaintiff’s action against his employer was dismissed after the trial court sustained a demurrer without leave to amend. The appellate court affirmed in part and reversed in part, stating: “We conclude [plaintiff] has pleaded facts sufficient to support a claim for association-based disability discrimination and failure to maintain a discrimination free workplace in violation of FEHA, and a common law claim for wrongful termination in violation of public policy. We also conclude that the trial court properly sustained without leave to amend demurrers to [plaintiff’s] claims for violations of the DPA, violations of the Labor Code, and for direct or perceived disability discrimination under FEHA.” (Rope v. Auto-Chlor System of Washington, Inc. (Cal. App. Second Dist., Div. 1; October 16, 2013) 220 Cal.App.4th 635.

Mark A. Mellor, Esq. was featured on ABC 10News San Diego, where several homeowners claim that a well-known solar company suddenly closed their doors and took off with their payments. "Attorney Mark Mellor specializes in construction law. He tells homeowners to check all … END_OF_DOCUMENT_TOKEN_TO_BE_REPLACED

In nearly any kind of enterprise, a business attorney is critically important in making sure that business transactions are conducted in appropriate ways. In general, business attorneys help their clients with everything involved in operationally running a business – from payroll … END_OF_DOCUMENT_TOKEN_TO_BE_REPLACED