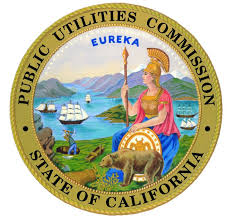 Plaintiff filed an action in superior court seeking an injunction to stop members of the Public Utilities Commission [PUC] from proceeding with a meeting “since the commission would not permit her to attend the meeting because of her affiliation with the Sierra Club, the meeting violated the Bagley-Keene Open Meeting Act. (Government Code section 11120). The PUC opposed the application for an injunction, arguing the superior court did not have jurisdiction to grant it, and “regardless, the meeting did not violate the Act.” The superior court agreed that it did not have jurisdiction. The appellate court also agreed, stating: “We conclude a person desiring to commence such an action against the commission may only do so by filing a petition for writ of mandate in the Supreme Court or the Court of Appeal.” (Disenhouse v. Peevey (Cal. App. Fourth Dist., Div. 1; June 3, 2014)226 Cal.App.4th 1096, [172 Cal.Rptr.3d 549].)

Mark A. Mellor, Esq. was featured on ABC 10News San Diego, where several homeowners claim that a well-known solar company suddenly closed their doors and took off with their payments. "Attorney Mark Mellor specializes in construction law. He tells homeowners to check all … END_OF_DOCUMENT_TOKEN_TO_BE_REPLACED

In nearly any kind of enterprise, a business attorney is critically important in making sure that business transactions are conducted in appropriate ways. In general, business attorneys help their clients with everything involved in operationally running a business – from payroll … END_OF_DOCUMENT_TOKEN_TO_BE_REPLACED