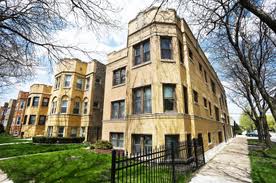 As a condition of a city giving approval for a developer to build 96 condominiums on a parcel of land, the city required the developer to set aside 10 condo units at below the market rate and make a substantial contribution to a city fund. The developer proceeded with construction but challenged the city’s requirements pursuant to Government Code section 66020(a), protesting “the imposition of any fees, dedications, or other extractions imposed on a development project,” as permitted under the statute. The city contended the developer’s action was not timely filed, contending section 66020(a) did not apply because the city did not impose any fees, dedications or other extractions. While the California Supreme Court agreed the city did not impose fees, it held the city did impose “other extractions” and remanded the matter for further proceedings. (Sterling Park, L.P. v. City of Palo Alto (Cal. Sup. Ct.;  October 17, 2013) 57 Cal.4th 1193.

Are you in the process of buying or selling a home? If so, then you may need to hire a real estate lawyer. While there are many lawyers who practice real estate law, not all of them are created equal. You need to find one that has the experience and qualifications that you … END_OF_DOCUMENT_TOKEN_TO_BE_REPLACED

Debt is a stressful thing affecting many Americans. Some are choosing to file for bankruptcy to take action against their debt. Bankruptcy can be a complex and confusing process, so in this blog, we will break down the finer details so that you can make the best decision for … END_OF_DOCUMENT_TOKEN_TO_BE_REPLACED

If you are a business owner, then you know that contracts are an important part of doing business. Contracts set the parameters for a deal and protect both parties involved. Unfortunately, contract disputes can happen. If you think you might be dealing with a breach of contract, … END_OF_DOCUMENT_TOKEN_TO_BE_REPLACED