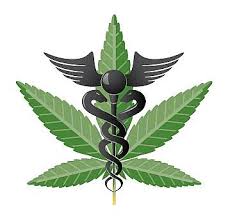 The City of Riverside declared by zoning ordinances that a medical marijuana dispensary is a prohibited use of land within the city and may be abated as a public nuisance. Invoking these provisions, the City brought a nuisance action against a medical marijuana facility operated by defendants. The trial court issued a preliminary injunction against the distribution of marijuana from the facility. The Court of Appeal affirmed the injunctive order. The California Supreme Court also affirmed, stating in its opinion that the Compassionate Use Act of 1996’s [CUA; Health & Safety code § 11362.5, added by initiative, Prop. 15 on November 5, 1996] proponents were motivated only “by a desire to create a narrow exception to the criminal law” for medical marijuana possession and use under the circumstances specified.” City of Riverside v. Inland Empire Patients Health and Wellness Center, Inc. (Cal Sup. Ct.; May 6, 2013) 56 Cal.4th 729.

Short sales have become a popular alternative for people struggling to keep up with their mortgage payments. But what is a short sale, and do you qualify? What is a Short Sale? A short sale is a sale of real estate in which the proceeds from the sale are insufficient to cover … END_OF_DOCUMENT_TOKEN_TO_BE_REPLACED

We often associate going to see an attorney with legal problems, but an attorney can help you in many different aspects of business. Whether you are just starting your business or have been in business for many years, an experienced business attorney can be an asset, providing … END_OF_DOCUMENT_TOKEN_TO_BE_REPLACED