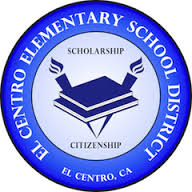 An elementary school boy who is not a native English speaker, and has been diagnosed with a number of emotional disabilities including bipolar disorder, depression, attention deficit disorder and posttraumatic stress disorder, allegedly was forcibly restrained by other students, beaten, kicked, and forced to endure derogatory comments, epithets and ethnic slurs. The Legislature has imposed on public schools in California an affirmative duty to protect public school students from discrimination and harassment engendered by race, gender, sexual orientation or disability. (See, Gov.Code, § 11135; Ed.Code §§ 201, 220, 32261, 32280, 32281 & 32282.) Education Code section 32282, requires that public schools develop and implement comprehensive school safety plans which include a discrimination and harassment policy. The boy’s parents brought an action against the school district for failing to comply with the law with regard to discrimination and harassment. The court sustained the demurrer to the boy’s father’s prayer for relief, ruling he had no standing since the boy was, by then, attending a different school. The appellate court reversed, stating:  “As a citizen and taxpayer [the father] has standing to seek enforcement of laws in which there is an identified public as well as private interest.” (Hector F. v. El Centro Elementary School District (Cal. App. Fourth Dist., Div. 1; June 24, 2014) 227 Cal.App.4th 331, [173 Cal.Rptr.3d 413].)

Mark A. Mellor, Esq. was featured on ABC 10News San Diego, where several homeowners claim that a well-known solar company suddenly closed their doors and took off with their payments. "Attorney Mark Mellor specializes in construction law. He tells homeowners to check all … END_OF_DOCUMENT_TOKEN_TO_BE_REPLACED

In nearly any kind of enterprise, a business attorney is critically important in making sure that business transactions are conducted in appropriate ways. In general, business attorneys help their clients with everything involved in operationally running a business – from payroll … END_OF_DOCUMENT_TOKEN_TO_BE_REPLACED