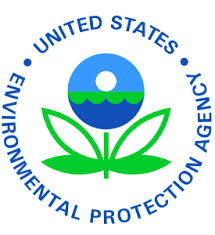 A city brought an action against a dry cleaner under the Comprehensive Environmental Response, Compensation and Liability Act [CERCLA; 42 U.S.C. § 9601] for causing soil and groundwater contamination. The dry cleaner asserted a third party claim against the supplier of dry cleaning products, and the supplier tendered its defense to certain insurance companies. The insurers accepted the defense with a reservation of rights, and the supplier contended there was a conflict of interest and demanded the insurers pay for counsel of its choosing pursuant to Civil Code section 2860 “. . . when an insurer reserves its rights on a given issue and the outcome of that coverage issue can be controlled by counsel first retained by the insurer for the defense of the claim, a conflict of interest may exist.”]. The trial court granted summary judgment in favor of the insurers.  The appellate court concluded the supplier “failed to present evidence demonstrating a triable issue of material fact on the question of whether there exists a conflict of interest under section 2860,” and affirmed. Federal Insurance Company v. MBL, Inc. (Cal. App. Sixth Dist.; August 26, 2013) 219 Cal.App.4th 29.

Mark A. Mellor, Esq. was featured on ABC 10News San Diego, where several homeowners claim that a well-known solar company suddenly closed their doors and took off with their payments. "Attorney Mark Mellor specializes in construction law. He tells homeowners to check all … END_OF_DOCUMENT_TOKEN_TO_BE_REPLACED

In nearly any kind of enterprise, a business attorney is critically important in making sure that business transactions are conducted in appropriate ways. In general, business attorneys help their clients with everything involved in operationally running a business – from payroll … END_OF_DOCUMENT_TOKEN_TO_BE_REPLACED