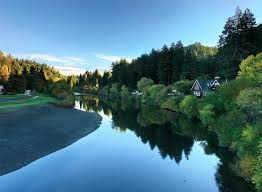 After young salmon died along the Russian River during a cold month in a dry year, federal scientists concluded the deaths were caused by abrupt declines in water level after water was drained to spray on vineyards and orchards. The State Water Resources Board adopted a regulation “that is likely to require a reduction in diversion of water from the stream system.” The regulation declares that any other use of water is “unreasonable there therefore prohibited.” The trial court granted a writ of mandate, and the appellate court reversed for several reasons, one of them being “the Board properly found the regulation to be necessary to enforce water use statutes and did not unlawfully delegate its authority by requiring local governing bodies to formulate substantive regulations. (Light v. State Water Resources Control Board (Cal. App. First Dist., Div. 1; June 16, 2014) (As modified July 11, 2014) 226 Cal.App.4th 1463, [173 Cal.Rptr.3d 200].)

Short sales have become a popular alternative for people struggling to keep up with their mortgage payments. But what is a short sale, and do you qualify? What is a Short Sale? A short sale is a sale of real estate in which the proceeds from the sale are insufficient to cover … END_OF_DOCUMENT_TOKEN_TO_BE_REPLACED

We often associate going to see an attorney with legal problems, but an attorney can help you in many different aspects of business. Whether you are just starting your business or have been in business for many years, an experienced business attorney can be an asset, providing … END_OF_DOCUMENT_TOKEN_TO_BE_REPLACED