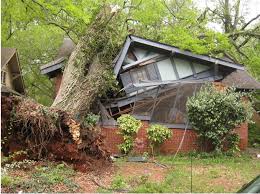 Insured husband and wife reported damage to their home after a 41-foot long, 7,300 pound tree limb crashed into it. As alleged, the behavior the adjuster displayed “can best be described as appalling.” He altered the scene prior to taking photos of the damage, spoke derogatorily to the insureds, misrepresented the coverage and ordered them to clean up the mess, telling them clean-up was not covered. In following his orders, one of the insured was injured by broken glass. The insureds also allege the adjuster conspired with an unlicensed contractor to create a false report. They brought an action against both the insurer and the adjuster, and the trial court sustained the defendants’ demurrer without leave to amend. The appellate court reversed, holding “misrepresentation can be asserted against an insurance adjuster, and that such claim was adequately pleaded here. We also hold that the intentional infliction of emotional distress claim was not adequately pleaded, but that the trial court abused its discretion in denying leave to amend.” (Bock v. Hansen (Cal. App. First Dist., Div. 2; April 2, 2014) 225 Cal.App.4th 215, [170 Cal.Rptr.3d 293].)

Mark A. Mellor, Esq. was featured on ABC 10News San Diego, where several homeowners claim that a well-known solar company suddenly closed their doors and took off with their payments. "Attorney Mark Mellor specializes in construction law. He tells homeowners to check all … END_OF_DOCUMENT_TOKEN_TO_BE_REPLACED

In nearly any kind of enterprise, a business attorney is critically important in making sure that business transactions are conducted in appropriate ways. In general, business attorneys help their clients with everything involved in operationally running a business – from payroll … END_OF_DOCUMENT_TOKEN_TO_BE_REPLACED