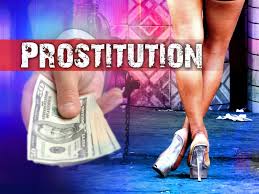 Congress passed the Leadership Act in 2003 [22 U.S.C. § 7601 et seq.] to combat HIV/AIDS. The Act makes the reduction of HIV/AIDS behavioral risks a priority of all prevention efforts. The Department of Health and Human Services and the United States Agency for International Development [USAID] are the federal agencies primarily responsible of overseeing implementation. The agencies directed any recipient of funding to agree to be opposed to “prostitution and sex trafficking because of the psychological and physical risks they pose for women,” and have a policy explicating opposing prostitution and sex trafficking. Certain domestic organizations brought an action seeking a declaratory judgment because they are concerned that explicitly opposing prostitution may alienate certain host governments and diminish the effectiveness of their programs, and that the policy involves censorship of their publications. The United States Supreme Court stated: “The Policy Requirement compels as a condition of federal funding the affirmation of a belief that by its nature cannot be confined within the scope of the Government program. In so doing, it violates the First Amendment and cannot be sustained.” Agency for International Development v. Alliance for Open Society International  (U.S. Sup. Ct.; June 20, 2013) 133 S.Ct. 2321, [186 L.Ed.2d 398].

We often associate going to see an attorney with legal problems, but an attorney can help you in many different aspects of business. Whether you are just starting your business or have been in business for many years, an experienced business attorney can be an asset, providing … END_OF_DOCUMENT_TOKEN_TO_BE_REPLACED

Did you know that on average, 95% of lawsuits are settled before they go to trial? With that statistic in mind, hiring a personal injury lawyer to handle your claim can ensure that you're getting the amount you deserve from your claim, regardless of the stage at which you're … END_OF_DOCUMENT_TOKEN_TO_BE_REPLACED

Landlord-tenant law can be complex, and it's a constantly evolving area of law. To ensure that both landlords and tenants are aware of their rights and responsibilities, it's important for them to understand the basics of landlord-tenant law in California. Having a Landlord or … END_OF_DOCUMENT_TOKEN_TO_BE_REPLACED