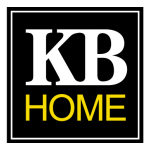 When the owner purchased a home, he signed a document which advised him of the prelitigation procedures required in the Right to Repair Act [Civil Code section 895]. Six years later, when the home was vacant, a property manager discovered a water leak, and the owner notified his insurance company. The insurance company hired workers to repair the damage and then sent the home builder a notice of its intent to pursue its subrogation right to recover payment for the loss; it later sent a demand for $80,984.61. When the builder did not respond, the insurance company filed a complaint in subrogation against the builder. The trial court ruled the prelitigation procedures set forth in the Right to Repair Act did not apply to the insurance company’s claim.  The appellate court issued a writ of mandate, stating: “We conclude that [the builder] is entitled to summary judgment. There was a failure to comply with the notice requirements of the Act, depriving [the builder] of its right to inspect and repair a defect in a home subject to the Act. We shall grant the petition, directing the trial court to vacate its order and issue a new order granting [the builder’s] motion for summary judgment and denying [the insurance company’s] motion for summary judgment.” (KB Home Greater Los Angeles, Inc. V. Sup. Ct. (Allstate Insurance Company) (Cal. App. Second Dist., Div. 4; February 21, 2014) 223 Cal.App.4th 1471, [168 Cal.Rptr.3d 142].)

Short sales have become a popular alternative for people struggling to keep up with their mortgage payments. But what is a short sale, and do you qualify? What is a Short Sale? A short sale is a sale of real estate in which the proceeds from the sale are insufficient to cover … END_OF_DOCUMENT_TOKEN_TO_BE_REPLACED

We often associate going to see an attorney with legal problems, but an attorney can help you in many different aspects of business. Whether you are just starting your business or have been in business for many years, an experienced business attorney can be an asset, providing … END_OF_DOCUMENT_TOKEN_TO_BE_REPLACED