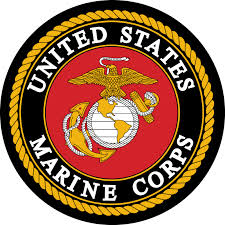 Plaintiff, in the United States Marine Corps, took out a mortgage in 2007. Between 2008 and 2011, he was called up to active duty overseas three times, and failed to make all of his mortgage payments. The loan servicer began foreclosure proceedings in 2009; it rescinded the notice of default in 2010, but not the associated foreclosure fees. While plaintiff was overseas, the loan servicer pursued collection efforts for those fees. The Servicemembers Civil Relief Act [SCRA; 50 U.S.C. App. § 502(1)] was passed to enable servicemembers to devote their entire energy to the defense needs of the Nation. 50 U.S.C. App. § 533(d) provides in part that a “sale, foreclosure, or seizure of property for a breach of an obligation . . . [a mortgage that originated before the servicemember’s military service] shall not be valid if made during, or within one year after, the period of the sevicemember’s military service” unless the foreclosure is approved by a court. Plaintiff’s action in federal court against the mortgage servicer was dismissed by the trial judge for failure to state a claim. The Ninth Circuit said the question was the scope of the term “foreclosure” for the purposes of the SCRA.  It reversed the trial court, basing its ruling partially on California’s foreclosure statute [Civil Code section 2924] and partially on a holding of the United States Supreme Court [Boone v. Lightner (1943) 319 U.S. 561, [63 S.Ct. 1223, 87 L.Ed. 1587], which held that the SCRA should be liberally construed “to protect those who have been obliged to drop their own affairs to take up the burdens of the nation.” The Ninth Circuit’s conclusion was that the plaintiff here alleges defendant attempted to collect foreclosure fees from him, and that, even though the mortgage servicer did not follow through with the foreclosure, the allegations were sufficient to proceed under the SCRA. (Brewster v. Sun Trust Mortgage, Inc. (Ninth Cir.; February 7, 2014) 742 F.3d 876.)

Do you feel like your legal case isn't being handled correctly? Are you worried that your legal matters aren't going to be taken seriously? Or maybe you just need someone who is qualified and experienced in taking care of what's important to you. If any of this sounds … END_OF_DOCUMENT_TOKEN_TO_BE_REPLACED

Mark A. Mellor, Esq. was featured on ABC 10News San Diego, where several homeowners claim that a well-known solar company suddenly closed their doors and took off with their payments. "Attorney Mark Mellor specializes in construction law. He tells homeowners to check all … END_OF_DOCUMENT_TOKEN_TO_BE_REPLACED