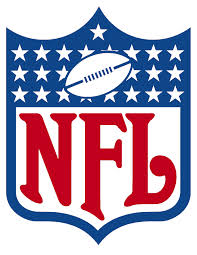 The National Football League and its intellectual property marketing arm have been sued in multiple states by dozens of former players alleging lifelong brain damage from on-field injuries dating back to the 1950’s. In this case the plaintiffs, National Football League and NFL Properties LLC, seek a Los Angeles Superior Court declaratory relief judgment regarding the coverage duties of 32 insurance carriers pursuant to some 187 commercial liability policies that were issued over a 50-60 year period. All the same entities are parties to parallel coverage actions filed by some of the insurers in New York state courts at approximately the same time as the California case. The insurer defendants sought a dismissal or stay of the California case on a theory of forum non conveniens. The California trial court ordered the California proceeding stayed pending the outcome of the New York actions. The appellate court affirmed, stating: “No strong presumption in favor of the NFL plaintiffs’ choice of forum applied because plaintiffs are not California residents for purposes of a forum non conveniens analysis. The burden of proof on the defendant insurers, as the moving parties on the motion, did not include establishing California is a seriously inconvenient forum because such proof is not required to justify a stay of the California proceedings, as contrasted with a dismissal. The trial court’s decision to stay the proceedings after weighing and balancing the relevant factors was well within its allowable discretion.” National Football League v. Fireman’s Fund  (Cal. App. Second Dist., Div. 5; May 28, 2013) 216 Cal.App.4th 902.

Mark A. Mellor, Esq. was featured on ABC 10News San Diego, where several homeowners claim that a well-known solar company suddenly closed their doors and took off with their payments. "Attorney Mark Mellor specializes in construction law. He tells homeowners to check all … END_OF_DOCUMENT_TOKEN_TO_BE_REPLACED

In nearly any kind of enterprise, a business attorney is critically important in making sure that business transactions are conducted in appropriate ways. In general, business attorneys help their clients with everything involved in operationally running a business – from payroll … END_OF_DOCUMENT_TOKEN_TO_BE_REPLACED