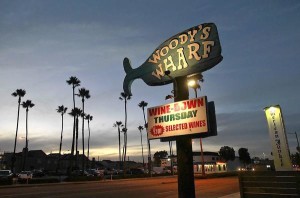 A long-established restaurant sits in a trendy marina area that includes a number of restaurants, bars, residences and condominiums. A City’s planning commission voted to approve the restaurant’s conditional use permit to allow it to have a patio cover and remain open until 2:00 a.m. on weekends with dancing inside the restaurant. The idea was to construct the patio cover to minimize noise on the patio after 11:00 p.m. Four days after the approval, a member of the City Council sent an email stating it was his “official request to appeal” the planning commission’s approval. At a later City Council meeting, the restaurant’s lawyer argued the council member did not have the right to appeal, but he was rebuffed by the city attorney who said: “Well, the Code does provide that the city council member can basically call it up for review.” After a lively hearing, the City Council voted to reverse the decision of the planning commission. The restaurant unsuccessfully sought administrative mandate, and the City obtained a preliminary injunction, ordering no dancing and closure by 11:00 p.m. In finding in the restaurant’s favor, the appellate court concluded the preliminary injunction was improvidently granted and that the city’s own municipal code did not allow the City Council member to appeal in the first place. (Woody’s Group, Inc. v. City of Newport Beach (Cal. App. Fourth Dist., Div. 1; January 29, 2015) 233 Cal.App.4th 1012, [183 Cal.Rptr.3d 318].)

Mark A. Mellor, Esq. was featured on ABC 10News San Diego, where several homeowners claim that a well-known solar company suddenly closed their doors and took off with their payments. "Attorney Mark Mellor specializes in construction law. He tells homeowners to check all … END_OF_DOCUMENT_TOKEN_TO_BE_REPLACED

In nearly any kind of enterprise, a business attorney is critically important in making sure that business transactions are conducted in appropriate ways. In general, business attorneys help their clients with everything involved in operationally running a business – from payroll … END_OF_DOCUMENT_TOKEN_TO_BE_REPLACED