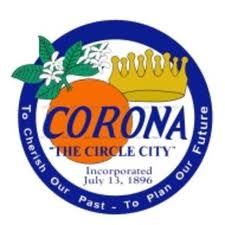 A law firm unsuccessfully represented a man injured in an explosion in an action against a City. After the superior court granted summary judgment to the City, it awarded the City $102,296.20 for its attorney fees and costs against both the man and the attorneys who represented him. Code of Civil Procedure section 1038 provides public entities (which, since 1983, have been constitutionally proscribed from filing malicious prosecution actions) and other specified defendants with a way to recover the costs of defending against unmeritorious and frivolous litigation. As to the law firm, the appellate court reversed, holding that Code of Civil Procedure section 1038, “does not authorize an award of fees and costs against a party’s attorney.” (Suarez v. City of Corona (Cal. App. Fourth Dist., Div. 1; August 29, 2014) 229 Cal.App.4th 325, [177 Cal.Rptr.3d 244].)

Mark A. Mellor, Esq. was featured on ABC 10News San Diego, where several homeowners claim that a well-known solar company suddenly closed their doors and took off with their payments. "Attorney Mark Mellor specializes in construction law. He tells homeowners to check all … END_OF_DOCUMENT_TOKEN_TO_BE_REPLACED

In nearly any kind of enterprise, a business attorney is critically important in making sure that business transactions are conducted in appropriate ways. In general, business attorneys help their clients with everything involved in operationally running a business – from payroll … END_OF_DOCUMENT_TOKEN_TO_BE_REPLACED