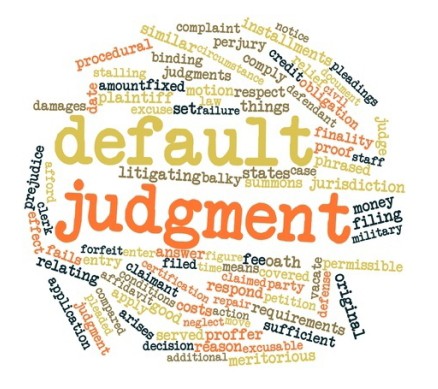 After a business relationship went south, plaintiff filed a complaint for damages in 2004. The prayer was for general and special damages according to proof. Default was entered in 2005. A statement of damages alleging damages for over $2 million was filed and served, and at the prove-up hearing, the trial court awarded almost that much.

If you are at risk of losing your job or you’ve been told that you’re no longer needed in your workplace, it’s important to know what your rights are. When you know what you’re legally entitled to, as well as how to take action against your former employers, you’ll be able to … END_OF_DOCUMENT_TOKEN_TO_BE_REPLACED

Dealing with financial difficulties can be worrisome, and ignoring them isn’t beneficial. Essential bills, like your rent or mortgage, should always be a top priority on your to-do list. However, there are times when you might struggle to fund these critical … END_OF_DOCUMENT_TOKEN_TO_BE_REPLACED

Getting in a car crash can be detrimental to your physical and mental well-being. To compensate for stress, injuries, and damage to your vehicle, you should ensure that you get the compensation you deserve. An experienced personal injury lawyer can help you with that. Reasons … END_OF_DOCUMENT_TOKEN_TO_BE_REPLACED