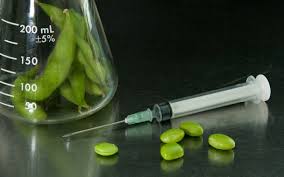 Plaintiff company invented and patented genetically altered soybean seeds. It sells the seeds to farmers pursuant to a licensing agreement. A farmer purchased the seeds for his first crop, following the terms of the licensing agreement. But for the next crop, the farmer planted ordinary soybeans and used plaintiff’s alteration methods to achieve the same genetically altered result. Plaintiff brought an action for patent infringement, and the farmer raised the defense of patent exhaustion, a doctrine which limits a patentee’s right to control what others can do with an article embodying or containing an invention.  The United States Supreme Court held patent exhaustion does not permit a farmer to reproduce patented seeds through planting and harvesting without the patent holder’s permission.  Monsanto Co. v. Bowman  (U.S. Sup. Ct.; May 13, 2013) 133 S.Ct. 1761, [185 L.Ed.2d 931].

Mark A. Mellor, Esq. was featured on ABC 10News San Diego, where several homeowners claim that a well-known solar company suddenly closed their doors and took off with their payments. "Attorney Mark Mellor specializes in construction law. He tells homeowners to check all … END_OF_DOCUMENT_TOKEN_TO_BE_REPLACED

In nearly any kind of enterprise, a business attorney is critically important in making sure that business transactions are conducted in appropriate ways. In general, business attorneys help their clients with everything involved in operationally running a business – from payroll … END_OF_DOCUMENT_TOKEN_TO_BE_REPLACED