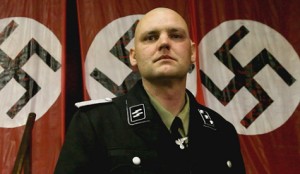 Joseph H., age 10, woke up early one morning and shot his father in the head as he slept on the sofa. Joseph was a difficult child. From the time he was three years old, his paternal grandmother could not babysit him because she could not control his outbursts. He suffered from Attention Deficit Hyperactivity Disorder (ADHD) resulting in trouble at school due to his inability to sit still; he also engaged in impulsive and violent behavior towards both children and teachers, which included hitting, throwing tantrums, kicking, biting, scratching, stabbing with pencils or other sharp objects, and hitting with objects, as well as running out of class. Joseph had an IEP (Individualized Education Program) for a learning disability. For his part, Joseph’s father Jeff had an unstable work history and was unemployed for the three years leading up to his death, although he had worked for a time as a plumber. He was involved with a Neo-Nazi group and was addicted to Percocet and methamphetamine. Jeff was frequently violent towards both his wife and Joseph. He was worse when he was drunk or high; on those occasions, he would just lose control, and start beating on Joseph. Sometimes Jeff’s abuse of Joseph was such that his wife had to intervene. A few days before the shooting, Jeff became violent with his wife, throwing a glass cup at her. Jeff’s wife heard a loud noise one night and went downstairs. Joseph told her, “I shot dad.” She called 911.   When the police came, Joseph volunteered he shot his dad in the ear. At the police station, Joseph was interviewed by a detective, who first asked questions to determine if he understood the difference between right and wrong, before admonishing Joseph of his Miranda rights. A videotape of the interview was played in open court. In it, Joseph admitted shooting his father and explained the circumstances much as he had done in the patrol car. Specifically, Joseph described how his father came home, the family decided to have a movie night, then going to bed where he woke up after a little while and “started thinking that I should end the son versus father thing.” After a contested hearing, the juvenile court found that the minor understood the wrongfulness of his acts despite the statutory presumption of incapacity (Penal Code section 26 states “All persons are capable of committing crimes except those belonging to the following classes: One—Children under the age of 14, in the absence of clear proof that at the time of committing the act charged against them, they knew its wrongfulness.”), had committed an act which would have been second-degree murder if committed by an adult, and had discharged a firearm within the meaning of section 12022.53, subdivision (d). The minor was committed to the Department of Juvenile Justice and appealed.   The Court of Appeal found against the minor on his argument the juvenile court considered his statements in violation of his rights under Miranda v. Ariz. (1966) 384 U.S. 436 [86 S.Ct. 1602, 16 L.Ed.2d 694]. Joseph sought review by the California Supreme Court. In a 4 to 3 decision, the California Supreme Court denied review. The three justices who were of the opinion review should be granted are Liu, Cuellar, and Kreger. Justice Liu, joined by Justice Cuellar, took the unusual step of writing a lengthy dissent to the denial of the petition for review, discussing such matters as having a parent or guardian present when a child is questioned and considering a child’s age, experience, background and intelligence before admitting the child’s incriminating statements. (In re Joseph H. (Cal. App. Fourth Dist., Div. 2; June 8, 2015) (Rev. Den. November 2, 2015) 237 Cal.App.4th 517 [188 Cal.Rptr.3d 171].)

If you are a business owner, then you know that contracts are an important part of doing business. Contracts set the parameters for a deal and protect both parties involved. Unfortunately, contract disputes can happen. If you think you might be dealing with a breach of contract, … END_OF_DOCUMENT_TOKEN_TO_BE_REPLACED

If you're in the market for a property ownership attorney, it's important to know what to look for. Not all attorneys are created equal, and you'll want to make sure you choose one who is experienced, educated, reputable and responsive.  In this blog post, we will go over five … END_OF_DOCUMENT_TOKEN_TO_BE_REPLACED

When you’ve lost someone close to you, the last thing you may want to think about is filing a lawsuit. However, in some cases, wrongful death suits can be the best way to get justice for your loved one and ensure that the responsible party is held accountable. What is a … END_OF_DOCUMENT_TOKEN_TO_BE_REPLACED