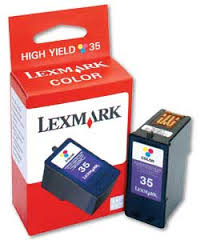 Plaintiff sells the only style of toner cartridges that work with the company’s laser printers, but ‘remanufacturers’ acquire and refurbish used plaintiff’s cartridges to sell in competition. Thus, plaintiff gives its customers a discount on new cartridges if they agree to return empty cartridges to plaintiff. Each cartridge has a microchip that disables the empty cartridge unless plaintiff replaces the chip. Defendant developed a microchip that mimicked plaintiff’s. So, in the good old American spirit, the parties sued each other. Plaintiff sued defendant for copyright infringement, and defendant sued plaintiff under the Lanham Act for false advertising which resulted in defendant losing sales and damage to its business reputation.

The purpose of the Lanham Act [15 U.S.C. § 1125(a)(1)(A)&(B)] includes “protect[ing] persons engaged in [commerce within the control of Congress] against unfair competition.” At common law, unfair competition was understood to be concerned with injuries to business reputation and present and future sales, so under the Act, “a plaintiff must allege an injury to a commercial interest in reputation or sales.”

The federal district court held that defendant lacked standing to bring a claim under the Act, and the circuit court of appeals reversed. The U.S. Supreme Court held that defendant adequately pleaded the elements of a Lanham Act cause of action for false advertising, stating: “The District Court emphasized that [plaintiff] and [defendant] are not direct competitors. But when a party claims reputational injury from disparagement, competition is not required for proximate cause; and that is true even if the [] aim was to harm its immediate competitors, and [a party] merely suffered collateral damage. Consider two rival carmakers who purchase airbags for their cars from different third-party manufacturers. If the first carmaker, hoping to divert sales from the second, falsely proclaims that the airbags used by the second carmaker are defective, both the second carmaker and its airbag supplier may suffer reputational injury, and their sales may decline as a result. In those circumstances, there is no reason to regard either party’s injury as derivative of the other’s; each is directly and independently harmed by the attack on its merchandise.” (Lexmark Intern., Inc. v. Static Control Components, Inc. (U.S. Sup. Ct.; March 25, 2014)134 S.Ct. 1377, [188 L.Ed.2d 392].)

Litigation is a process that can be difficult to navigate, but it doesn't have to be. Insurance coverage litigation varies from case to case and depends on the specific situation of each plaintiff or defendant. There are many different types of insurance claims including medical … END_OF_DOCUMENT_TOKEN_TO_BE_REPLACED

Insurance defense attorneys are lawyers that specialize in defending those who have been wrongfully accused of insurance fraud. They help individuals and businesses with claims that involve a violation of the law or liability under an insurance policy. Insurance defense is a … END_OF_DOCUMENT_TOKEN_TO_BE_REPLACED

Do you feel like your legal case isn't being handled correctly? Are you worried that your legal matters aren't going to be taken seriously? Or maybe you just need someone who is qualified and experienced in taking care of what's important to you. If any of this sounds … END_OF_DOCUMENT_TOKEN_TO_BE_REPLACED