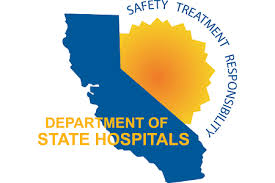 Plaintiff brought an action against the State Department of State Hospitals and its administrators for breach of mandatory duty. Plaintiff’s sister was raped and murdered by a man who was paroled from state prison four days earlier. Plaintiff’s claim is that the perpetrator is a sexually violent predator within the meaning of Welfare and Institutions Code section 6600 et seq. The defendants demurred to plaintiff’s pleading, and the trial court overruled the demurrer.  In this action, defendants sought a writ of mandate directing the superior court to sustain their demurrer without leave to amend. The writ was granted in part and denied in part. It was granted with regard to the statutory immunities, but denied insofar as the complaint alleged facts that defendants are not complying with at least one mandatory duty, namely their duty to designate two mental health professionals to conduct a full evaluation of inmates referred to them by the Department of Corrections. (State Department of State Hospitals v. Sup. Ct. (Novoa) (Cal. App. Second Dist., Div. 3; October 30, 2013) 220 Cal.App.4th 1503, [163 Cal.Rptr.3d 770].

Mark A. Mellor, Esq. was featured on ABC 10News San Diego, where several homeowners claim that a well-known solar company suddenly closed their doors and took off with their payments. "Attorney Mark Mellor specializes in construction law. He tells homeowners to check all … END_OF_DOCUMENT_TOKEN_TO_BE_REPLACED

In nearly any kind of enterprise, a business attorney is critically important in making sure that business transactions are conducted in appropriate ways. In general, business attorneys help their clients with everything involved in operationally running a business – from payroll … END_OF_DOCUMENT_TOKEN_TO_BE_REPLACED