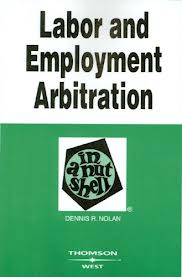 An employee, who was on approved medical leave, was fired after his employer discovered he was engaged in outside employment, which was a violation of company policy. The employee brought an action for violation of the Moore-Brown-Roberti Family Rights Act [CFRA; Government Code sections 12945.1 and 12945.2].  An arbitrator held in the employer’s favor, finding the employer did not fire the man for discriminatory reasons as it had an honest belief the employee was abusing his medical leave and did not inform the employer of his outside employment. Eventually, the Court of Appeal concluded the arbitrator violated the employee’s right to reinstatement under the CFRA when the arbitrator applied the honest belief defense to the claim. The California Supreme Court granted review and reversed the judgment of the Court of Appeal, stating: “We conclude that although the arbitrator may have committed error in adopting a defense untested in our court, any error that may have occurred did not deprive the employee of an unwaivable statutory right because the arbitrator found he was dismissed for violating his employer’s written policy prohibiting outside employment while he was on medical leave.” (Richey v. AutoNation, Inc. (Cal. Sup. Ct.; January 29, 2015) 60 Cal.4th 909, [182 Cal.Rptr.3d 644, 341 P.3d 438].)

Getting in a car crash can be detrimental to your physical and mental well-being. To compensate for stress, injuries, and damage to your vehicle, you should ensure that you get the compensation you deserve. An experienced personal injury lawyer can help you with that. Reasons … END_OF_DOCUMENT_TOKEN_TO_BE_REPLACED

Rental agreements must be upheld by both the landlord and the tenant. If the landlord or rental company violates the agreement, it may be grounds for legal action by the tenant. In most cases, a tenant will sue their landlord after moving out, but a tenant can also sue while they … END_OF_DOCUMENT_TOKEN_TO_BE_REPLACED

Even if you have carefully planned your budget, income, and expenses down to the last cent, things don’t always go the way you expect them to. Life might get in the way and ruin your plans—and a bad investment, medical emergency, natural disaster, or other catastrophe can … END_OF_DOCUMENT_TOKEN_TO_BE_REPLACED