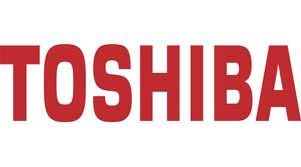 A lawyer filed a class action lawsuit against Toshiba on behalf of a class of purchasers of laptops which had an electrostatic discharge problem. The trial court awarded $165,000 in sanctions against the lawyer and awarded her no attorney fees, even though she requested $24 million. The appellate court described in detail “the arduous procedural history” of the defendant’s attempts to obtain discovery and affirmed the award of sanctions and reversed the attorney fee award, but only to the extent of fees for work of a staff member. Ellis v. Toshiba America  (Cal. App. Second Dist., Div. 1; August 7, 2013) (As Amended, September 10, 2013)  218 Cal.App.4th 853.

Short sales have become a popular alternative for people struggling to keep up with their mortgage payments. But what is a short sale, and do you qualify? What is a Short Sale? A short sale is a sale of real estate in which the proceeds from the sale are insufficient to cover … END_OF_DOCUMENT_TOKEN_TO_BE_REPLACED

We often associate going to see an attorney with legal problems, but an attorney can help you in many different aspects of business. Whether you are just starting your business or have been in business for many years, an experienced business attorney can be an asset, providing … END_OF_DOCUMENT_TOKEN_TO_BE_REPLACED