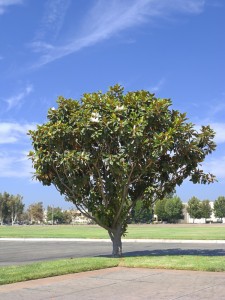 The negligent driving of a third party motorist caused another car to strike a tree planted on a center median owned and maintained by a City. The collision resulted in death or injury to all the car’s occupants. Plaintiffs sued the City for a dangerous condition of public property. The City moved for summary judgment, arguing the street and median were not dangerous conditions, and the accident was caused by third party conduct. The trial court granted the City’s summary judgment, ruling the magnolia tree did not cause the accident that killed the decedents, and the appellate court affirmed. The Supreme Court concluded the Court of Appeal erred in this case when it upheld the grant of summary judgment in favor of the City on the ground the magnolia tree was no a dangerous condition because the tree did not cause the negligent driving of a third party, but added: “On remand, the Court of Appeal must decide whether plaintiffs presented sufficient evidence to create a triable issue as to whether the configuration of the roadway was, in fact, a dangerous condition. . . [and] was a proximate cause of the fatal injuries suffered by their decedents.”  (Cordova v. City of Los Angeles (Cal. Sup. Ct.; August 13, 2015) 61 Cal.4th 1099 [190 Cal.Rptr.3d 850, 353 P.3d 773].)

If you are a business owner, then you know that contracts are an important part of doing business. Contracts set the parameters for a deal and protect both parties involved. Unfortunately, contract disputes can happen. If you think you might be dealing with a breach of contract, … END_OF_DOCUMENT_TOKEN_TO_BE_REPLACED

If you're in the market for a property ownership attorney, it's important to know what to look for. Not all attorneys are created equal, and you'll want to make sure you choose one who is experienced, educated, reputable and responsive.  In this blog post, we will go over five … END_OF_DOCUMENT_TOKEN_TO_BE_REPLACED

When you’ve lost someone close to you, the last thing you may want to think about is filing a lawsuit. However, in some cases, wrongful death suits can be the best way to get justice for your loved one and ensure that the responsible party is held accountable. What is a … END_OF_DOCUMENT_TOKEN_TO_BE_REPLACED