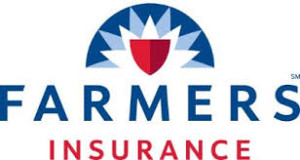 When she was 17 years old, plaintiff was invited to a party by several members of a college baseball team. She claims that upon her arrival, she was given shots of hard liquor in quick succession, and later was assaulted by an unknown number of men as she lay unconscious in a room. Three women who witnessed the assault attempted to help her but were prevented by men inside the room; eventually the women broke through and took plaintiff to the hospital. Some of the men in the room took videos, photographs and cheered while the assault took place. This action concerns the insurance coverage of one of the purported assailants, who claimed coverage under both his parents’ homeowners insurance policy and his parents’ personal umbrella policy. Both companies denied coverage. The purported assailant reached a settlement with plaintiff, assigning his rights under the policies to plaintiff. Plaintiff sought recovery of the judgment from the insurers pursuant to Insurance Code section 11580. Both insurance companies moved for summary judgment, and the trial court granted their motion. The appellate court affirmed the grant of summary judgment in favor of the insurer who issued the homeowners policy, but reversed with regard to the insurer who issued the umbrella policy because “the insurer failed to conclusively demonstrate its policy exclusions eliminated all potential for coverage.” The reviewing court noted the umbrella policy did not set forth a requirement that a personal injury arise out of an accident in order for there to be coverage, and that “as a result, [plaintiff’s] complaint, which alleged causes of action for false imprisonment, slander per se, and invasion of privacy, raised the potential for coverage under the umbrella policy’s provision providing coverage for damages from an “occurrence” resulting in “personal injury.” The court pointed out the “complaint suggests the possibility that [the purported assailant] may not have engaged in the sexual assault, but was present in the room while the assault took place and may have thereafter disparaged [plaintiff’s] reputation by slandering her after the incident.” (Gonzalez v. Fire Ins. Exchange (Cal. App. Sixth Dist.; February 5, 2015) (Ord. Pub. March 4, 2015) 234 Cal.App.4th 1220, [184 Cal.Rptr.3d 394].)

Mark A. Mellor, Esq. was featured on ABC 10News San Diego, where several homeowners claim that a well-known solar company suddenly closed their doors and took off with their payments. "Attorney Mark Mellor specializes in construction law. He tells homeowners to check all … END_OF_DOCUMENT_TOKEN_TO_BE_REPLACED

In nearly any kind of enterprise, a business attorney is critically important in making sure that business transactions are conducted in appropriate ways. In general, business attorneys help their clients with everything involved in operationally running a business – from payroll … END_OF_DOCUMENT_TOKEN_TO_BE_REPLACED