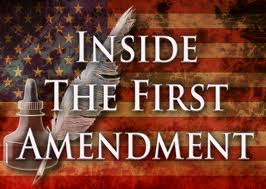 Plaintiff Ricky Ross brought an action against defendant for misappropriating his name and identity. Plaintiff Ricky Ross first made a name for himself by selling cocaine; at the height of his operation, he sold as much as $3 million worth of cocaine a day. Meanwhile, defendant, a former correctional officer, used the stage name Rick Ross in pursuing his rap music career. The lyrics of defendant Rick Ross’s songs frequently include fictional stories about running large-scale cocaine operations. The trial court granted defendant’s motion for summary judgment. The appellate court affirmed, finding “defendant’s First Amendment rights provide a complete defense to all of plaintiff’s claims.” (Ricky D. Ross v. William Leonard Roberts II  (Cal. App. Second Dist., Div. 2; December 23, 2013) 222 Cal.App.4th 677, [166 Cal.Rptr.3d 359].)

We often associate going to see an attorney with legal problems, but an attorney can help you in many different aspects of business. Whether you are just starting your business or have been in business for many years, an experienced business attorney can be an asset, providing … END_OF_DOCUMENT_TOKEN_TO_BE_REPLACED

Did you know that on average, 95% of lawsuits are settled before they go to trial? With that statistic in mind, hiring a personal injury lawyer to handle your claim can ensure that you're getting the amount you deserve from your claim, regardless of the stage at which you're … END_OF_DOCUMENT_TOKEN_TO_BE_REPLACED

Landlord-tenant law can be complex, and it's a constantly evolving area of law. To ensure that both landlords and tenants are aware of their rights and responsibilities, it's important for them to understand the basics of landlord-tenant law in California. Having a Landlord or … END_OF_DOCUMENT_TOKEN_TO_BE_REPLACED