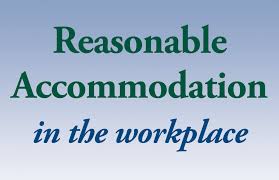 Plaintiff injured his knee at work in 2003 and thereafter underwent several surgeries and procedures, and was placed on light duty. The employer, a public entity, had an accommodations committee which offered plaintiff either a lateral job move or a demotion to assume a lesser job, neither of which appealed to plaintiff. As negotiations continued, plaintiff performed a job with restrictions, and injured his lower back in 2006, after which he never returned to work. Another knee surgery was performed and accommodation negotiations continued. At some point, plaintiff filed a complaint with the California Department of Fair Employment and Housing [DFEH] and obtained a right to sue letter. The instant suit, filed in 2011, alleges the employer refused to reinstate him with or without an accommodation in causes of action for disability discrimination, failure to provide reasonable accommodation, failure to engage in an interactive process and retaliation. The trial court entered summary judgment in favor of the employer. On appeal, with regard to the statute of limitations, plaintiff argued the “continuing violation doctrine,” but that argument was rejected because plaintiff did not develop it.  In affirming, the appellate court concluded the employer was not required to eliminate essential functions from a job to accommodate the plaintiff, and his inability to perform an essential function was “enough to move on to other alternatives, such as reassignment.” (Nealy v. City of Santa Monica (Cal. App. Second Dist., Div. 8; February 13, 2015) 234 Cal.App.4th 359, [184 Cal.Rptr.3d 9].)

COVID-19 has wrought havoc on businesses and supply chains as organizations worldwide have slowed to a halt. With everyone staying indoors to stop the spread of the virus, many businesses have been left without customers to sell to and means to operate—or means to follow through … END_OF_DOCUMENT_TOKEN_TO_BE_REPLACED

Court battles have the unfortunate reputation of being long, arduous, and expensive. But they don’t have to be. Even though some people would rather pull their teeth out than go through a legal dispute, the decision to get involved is sometimes out of your control. But the good … END_OF_DOCUMENT_TOKEN_TO_BE_REPLACED

A contract is a legally binding agreement between two parties. Contracts are common, and often necessary, for agreements between an employer and an employee, a contractor and subcontractors, a realtor and home purchaser, a tenant and landlord, or numerous other combinations of … END_OF_DOCUMENT_TOKEN_TO_BE_REPLACED