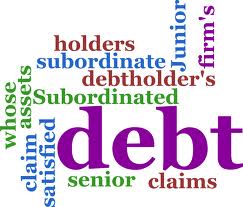 The court’s first paragraph says it all: “This case involves competing claims of lien priority between the seller of real property, which took back a security interest on property sold to a developer, and the bank which financed development of the project through a construction loan. The issue is whether the seller’s agreement to subordinate its security interest to that of the bank is enforceable where the developer and the bank entered into a side agreement between themselves, to which the seller did not consent, about which it knew nothing, and which substantially impaired its security. We conclude that it is not. Gluskin v. Atlantic Savings and Loan Assn. (1973) 32 Cal.App.3d 307, 314, [108 Cal.Rptr. 318, 323-324].) The trial court so held. We shall affirm.” Citizens Business Bank v. Gevorgian, as Trustee  (Cal. App. Second Dist., Div. 4; August 1, 2013) 218 Cal.App.4th 602, [160 Cal.Rptr.3d 49].

Are you in the process of buying or selling a home? If so, then you may need to hire a real estate lawyer. While there are many lawyers who practice real estate law, not all of them are created equal. You need to find one that has the experience and qualifications that you … END_OF_DOCUMENT_TOKEN_TO_BE_REPLACED

Debt is a stressful thing affecting many Americans. Some are choosing to file for bankruptcy to take action against their debt. Bankruptcy can be a complex and confusing process, so in this blog, we will break down the finer details so that you can make the best decision for … END_OF_DOCUMENT_TOKEN_TO_BE_REPLACED

If you are a business owner, then you know that contracts are an important part of doing business. Contracts set the parameters for a deal and protect both parties involved. Unfortunately, contract disputes can happen. If you think you might be dealing with a breach of contract, … END_OF_DOCUMENT_TOKEN_TO_BE_REPLACED