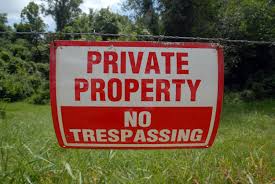 In 1960, a prior owner of real property [Blackacre] poured a concrete driveway encroaching on the neighboring property [Whiteacre] approximately 8 inches by 90 feet. The present owner of Blackacre bought the home in 1994. In 2009, the trust which now owns Whiteacre constructed a metal guardrail over the prescriptive strip. An action to quiet title followed. While the owners of Whiteacre prevailed in the trial court on a motion for summary judgment, the appellate court reversed, because the owners of Whiteacre did not prove the owners of Blackacre did not have a prescriptive easement [open and notorious use for five years which was continuous and uninterrupted, hostile to the true owner and under a claim of right]. The owners of Whiteacre argued they and their predecessors had not been in continuous possession of Whiteacre for five years, so they did not have to prove the elements of a prescriptive easement. The appellate court stated: “California law does not require the actual owners of the adversely used land to have been in continuous possession for five years.” King v. Wu (Cal. App. Second, Div. 7; August 14, 2013) 218 Cal.App.4th 1211.

Short sales have become a popular alternative for people struggling to keep up with their mortgage payments. But what is a short sale, and do you qualify? What is a Short Sale? A short sale is a sale of real estate in which the proceeds from the sale are insufficient to cover … END_OF_DOCUMENT_TOKEN_TO_BE_REPLACED

We often associate going to see an attorney with legal problems, but an attorney can help you in many different aspects of business. Whether you are just starting your business or have been in business for many years, an experienced business attorney can be an asset, providing … END_OF_DOCUMENT_TOKEN_TO_BE_REPLACED