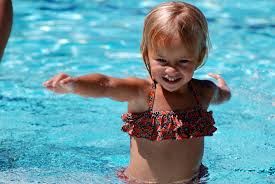 A four-year-old drowned in the pool of a home friends of his family rented. His parents brought an action against the homeowners and the property management company. The trial court granted defendants’ motion for summary judgment on the ground defendants owed no duty of care to a guest of the tenants. With regard to the property management company, the appellate court affirmed, but reversed with regard to the homeowners, stating: “We hold as a matter of law that the homeowners here, who knowingly rented a home with a maintained pool, owed a duty of reasonable care to the four-year-old boy to protect him from drowning in the pool. We further hold there are triable issues of fact as to whether, one, the homeowners breached that duty by failing to install a fence around the perimeter of the pool or a self-closing or self-latching mechanism on the only door leading from the house to the pool and, two, whether any such breach was a substantial factor in bringing about the child’s death.” (Johnson v. Prasad  (Cal. App Third Dist.; February 25, 2014) 224 Cal.App.4th 74, [168 Cal.Rptr.3d 196].)

Are you in the process of buying or selling a home? If so, then you may need to hire a real estate lawyer. While there are many lawyers who practice real estate law, not all of them are created equal. You need to find one that has the experience and qualifications that you … END_OF_DOCUMENT_TOKEN_TO_BE_REPLACED

Debt is a stressful thing affecting many Americans. Some are choosing to file for bankruptcy to take action against their debt. Bankruptcy can be a complex and confusing process, so in this blog, we will break down the finer details so that you can make the best decision for … END_OF_DOCUMENT_TOKEN_TO_BE_REPLACED

If you are a business owner, then you know that contracts are an important part of doing business. Contracts set the parameters for a deal and protect both parties involved. Unfortunately, contract disputes can happen. If you think you might be dealing with a breach of contract, … END_OF_DOCUMENT_TOKEN_TO_BE_REPLACED