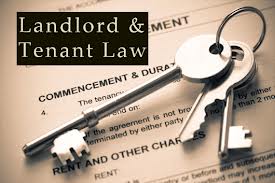 A landlord leased property to a private school. At a certain point, the landlord listed the premises for sale with a real estate broker, and decided to have a building inspector “find out all the things that may or may not be wrong.” The lease provided for the landlord to inspect “at reasonable times after reasonable notice,” but the tenant’s lawyer wrote to the landlord stating: “Please have NO DIRECT CONTACT with our client without the express permission of this office.” Accordingly, the landlord’s counsel wrote to the tenant’s counsel stating: “Please advise who we are to contact regarding property inspections,” but received no response. Several months later, the landlord’s counsel sent to the tenant’s counsel a notice of inspection on a date two months later. On that date, an inspection was conducted. Four days later, the tenant brought an action against the landlord. A jury returned a special verdict in favor of the landlord. The tenant appealed, contending the trial court erred when it denied the tenant’s motion for a directed verdict. The appellate court affirmed the judgment in the landlord’s favor as well as the trial court’s award of $124,997 in attorney fees. Eucasia Schools v. DW August Co.  (Cal. App. Second Dist., Div. 6; July 24, 2013) 218 Cal.App.4th 176.

Losing a close family member or friend is always painful. That pain is often made worse when there is a negligent party responsible for the death. If you or someone you know has lost a loved one due to the carelessness of another person or entity, there is an opportunity to … END_OF_DOCUMENT_TOKEN_TO_BE_REPLACED

If you or someone you know has been injured due to a defective product, the injured party may be eligible to receive payment for damages. This article will outline what a product liability claim is and how you can benefit from one. What Is a Product Liability Claim? A product … END_OF_DOCUMENT_TOKEN_TO_BE_REPLACED

For construction companies and contractors, the hardest part of a job can, unfortunately, sometimes be collecting payment. When a customer refuses to pay or introduces another dispute, contractors often need to take legal action to ensure they are paid for completed work. A … END_OF_DOCUMENT_TOKEN_TO_BE_REPLACED