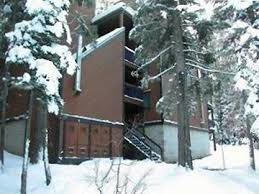 In expanding, a ski resort dug a water retention basin to change its drainage system. The diverted run-off adversely affected 180 downhill condominium units. A lawsuit resulted, and the trial court granted a permanent injunction that requires the ski resort to remove its retention basin. On appeal, the ski resort argued there was no entitlement to an injunction because the condominium owners have an adequate remedy at law in the form of monetary damages and the option of building a trench on its property to divert water. In affirming, the appellate court stated: “The trial court did not err in concluding [the condo owners] had no adequate remedy at law because only removal of the retention basin would alleviate the continuing damage to [the condo owners’] property. To hold otherwise would grant a private property owner the right to condemn his or her neighbor’s property by limiting the legal remedy for continuing trespass to monetary compensation. The trial court’s injunctive relief, rather than being overbroad, rests on credible evidence that removal of the retention basin would prevent irreparable harm to [the condo owners’] property. (Aspen Grove Condominium Assn. v. CNL Income Northstar LLC (Cal. App. Third Dist.; November 3, 2014) 231 Cal.App.4th 53 [179 Cal.Rptr.3d 429].)

Short sales have become a popular alternative for people struggling to keep up with their mortgage payments. But what is a short sale, and do you qualify? What is a Short Sale? A short sale is a sale of real estate in which the proceeds from the sale are insufficient to cover … END_OF_DOCUMENT_TOKEN_TO_BE_REPLACED

We often associate going to see an attorney with legal problems, but an attorney can help you in many different aspects of business. Whether you are just starting your business or have been in business for many years, an experienced business attorney can be an asset, providing … END_OF_DOCUMENT_TOKEN_TO_BE_REPLACED