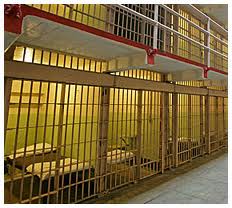 Plaintiff brought an action against prison personnel at the Arizona Department of Corrections for treatment he alleged he received while an inmate. He said he did not receive proper care for his mental illness and became suicidal, in violation of his rights under the Eighth Amendment. He also alleged deprivation of his rights under the First and Fourteenth Amendments, in that his “freedom of religion was violated because kosher food was not made available to him.” Plaintiff’s first amended complaint stated: “Plaintiff’s religion is premised upon a fundamentalist approach to the Old Testament.  While Plaintiff does not consider himself ‘Jewish,’ he does adhere to teachings and practices that are part of the Jewish faith . . . Plaintiff has been forced to eat unclean and unholy foods that are forbidden by his religion.” The Ninth Circuit found plaintiff could maintain his claims for other than injunctive relief, despite his release from prison, upheld the grant of summary judgment with regard to plaintiff’s medical claims, and reversed the dismissal of his claims under the First and Fourteenth Amendments for failure to exhaust his administrative remedies.  (Cano v. Taylor (Ninth Cir.; January 14, 2014) 739 F.3d 1214.)

If you are a business owner, then you know that contracts are an important part of doing business. Contracts set the parameters for a deal and protect both parties involved. Unfortunately, contract disputes can happen. If you think you might be dealing with a breach of contract, … END_OF_DOCUMENT_TOKEN_TO_BE_REPLACED

If you're in the market for a property ownership attorney, it's important to know what to look for. Not all attorneys are created equal, and you'll want to make sure you choose one who is experienced, educated, reputable and responsive.  In this blog post, we will go over five … END_OF_DOCUMENT_TOKEN_TO_BE_REPLACED

When you’ve lost someone close to you, the last thing you may want to think about is filing a lawsuit. However, in some cases, wrongful death suits can be the best way to get justice for your loved one and ensure that the responsible party is held accountable. What is a … END_OF_DOCUMENT_TOKEN_TO_BE_REPLACED