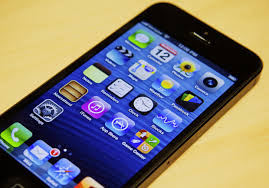 A California man was stopped for driving with expired registration. His car was impounded and an inventory search revealed loaded firearms. Incident to arrest, the man was also searched, and police seized his cell phone from his pants pocket. Police accessed information in the “smart phone,” and found significant evidence of gang involvement. In the man’s trial for an earlier shooting, the man moved to suppress all evidence that the police had obtained from his cell phone, which motion was denied by the court. He was later convicted. The United States Supreme Court reversed the judgment of conviction, stating: “Modern cell phones are not just another technological convenience.  With all they contain and all they may reveal, they hold for many Americans ‘the privacies of life,’ [] The fact that technology now allows an individual to carry such information in his hand does not make it any less worthy of the protection for which the Founders fought. Our answer to the question of what police must do before searching a cell phone seized incident to arrest is accordingly simple—get a warrant.” (Riley v. California (U.S. Sup. Ct.; June 25, 2014) 134 S.Ct. 2473; 189 L.Ed.2d 430].)

If you are a business owner, then you know that contracts are an important part of doing business. Contracts set the parameters for a deal and protect both parties involved. Unfortunately, contract disputes can happen. If you think you might be dealing with a breach of contract, … END_OF_DOCUMENT_TOKEN_TO_BE_REPLACED

If you're in the market for a property ownership attorney, it's important to know what to look for. Not all attorneys are created equal, and you'll want to make sure you choose one who is experienced, educated, reputable and responsive.  In this blog post, we will go over five … END_OF_DOCUMENT_TOKEN_TO_BE_REPLACED

When you’ve lost someone close to you, the last thing you may want to think about is filing a lawsuit. However, in some cases, wrongful death suits can be the best way to get justice for your loved one and ensure that the responsible party is held accountable. What is a … END_OF_DOCUMENT_TOKEN_TO_BE_REPLACED