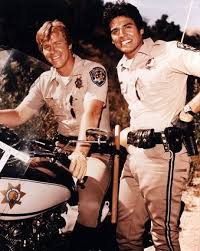 A tow truck driver who contracted with a county, part of the California Highway Patrol Freeway Service Patrol [FSP program], collided with a car, injuring the driver and her infant son. The CHP moved for summary judgment in the subsequent lawsuit on the ground it was not the tow truck driver’s special employer and therefore, not responsible for his negligence. The trial court denied summary judgment and the CHP petitioned the Court of Appeal for extraordinary relief, based on the legislative intent behind the FSP program. After concluding there was no legislative intent to make the CHP liable as a special employer of FSP tow truck drivers, the appellate court granted a peremptory writ of mandate. (State ex rel. Dept. of California Highway Patrol v. Sup. Ct. (Mayra Alvarado) (October 15, 2013) 220 Cal.App.4th 612 [163 Cal.Rptr.3d 333]  SUPERSEDED.)

The California Supreme Court stated: “We agree with the Court of Appeal that the FSP statutes, as written, are incompatible with a special employment relationship between CHP and tow truck drivers. However, this conclusion does not foreclose the possibility that CHP might act as a special employer in particular circumstances. The statutes authorize CHP to perform certain functions, but do not bar it from taking on other responsibilities. Our resolution of the question of law presented here does not rule out CHP‘s liability on the facts, which is a question beyond the scope of our review. Therefore, we reverse the Court of Appeal‘s judgment.” (State ex rel. Dept. of California Highway Patrol v. Sup. Ct. (Mayra Alvarado)  (Cal. Sup. Ct.; February 26, 2015) 60 Cal.4th 1002, [184 Cal.Rptr.3d 354, 343 P.3d 415].)

Mark A. Mellor, Esq. was featured on ABC 10News San Diego, where several homeowners claim that a well-known solar company suddenly closed their doors and took off with their payments. "Attorney Mark Mellor specializes in construction law. He tells homeowners to check all … END_OF_DOCUMENT_TOKEN_TO_BE_REPLACED

In nearly any kind of enterprise, a business attorney is critically important in making sure that business transactions are conducted in appropriate ways. In general, business attorneys help their clients with everything involved in operationally running a business – from payroll … END_OF_DOCUMENT_TOKEN_TO_BE_REPLACED