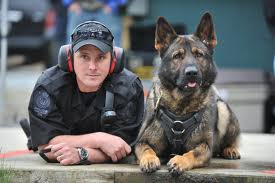 While a victim sat in his car waiting for a traffic light to change, a young Hispanic man got out of a white Volkswagen and murdered him. A defendant was found guilty of first degree murder after a police dog named Reilly alerted to a scent showing the defendant’s scent was present on the front passenger seat of the VW.  The defense was that another young Hispanic man shot the victim. The matter ended up in federal court on a writ of habeas corpus under 28 U.S.C. § 2254. The Ninth Circuit reversed the murder conviction, stating: “The prosecution did not disclose to the defense that Reilly had a history of making mistaken scent identifications, even though it had stipulated to Reilly’s mistaken identifications in a different trial several months earlier.”  Aguilar v. Jeanne S. Woodford, Director of California Department of Corrections  (Ninth Cir.; July 29, 2013) (Case No. 09-55575).

We often associate going to see an attorney with legal problems, but an attorney can help you in many different aspects of business. Whether you are just starting your business or have been in business for many years, an experienced business attorney can be an asset, providing … END_OF_DOCUMENT_TOKEN_TO_BE_REPLACED

Did you know that on average, 95% of lawsuits are settled before they go to trial? With that statistic in mind, hiring a personal injury lawyer to handle your claim can ensure that you're getting the amount you deserve from your claim, regardless of the stage at which you're … END_OF_DOCUMENT_TOKEN_TO_BE_REPLACED

Landlord-tenant law can be complex, and it's a constantly evolving area of law. To ensure that both landlords and tenants are aware of their rights and responsibilities, it's important for them to understand the basics of landlord-tenant law in California. Having a Landlord or … END_OF_DOCUMENT_TOKEN_TO_BE_REPLACED