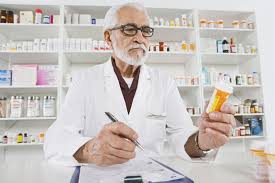 Plaintiff is a pharmacist who appeals from a judgment denying his petition for writ of mandate in the trial court. His petition sought to overturn a decision by the California State Board of Pharmacy revoking his license to operate a pharmacy. An Accusation was filed by the Board which contended the pharmacy unlawfully received nearly $150,000 in CalOptima [an entity which administers Medi-Cal payments] payments through a covert arrangement with another pharmacy. The alleged scheme involved the pharmacist using the billing authority of another pharmacy to obtain payments for filling drug prescriptions of persons covered by CalOptima. An administrative law judge found the pharmacist had engaged in “dishonest conduct.” In his appeal, the pharmacist contended that license revocation is reserved only for dangerous conduct that threatens the safety of the public, but the appellate court affirmed, stating that it was unwilling to find the Board is precluded from revoking a license when there is a demonstrated history of professional dishonesty. (Hoang v. California State Board of Pharmacy (Cal. App. Fourth Dist., Div. 2; October 8, 2014) 230 Cal.App.4th 448 [178 Cal.Rptr.3d 522].)

For years you diligently save up to buy your first house. After months of searching through listings, you finally find your dream home and make an offer that gets accepted. Just days before closing, everything goes smoothly until you get an email from your "real estate agent" … END_OF_DOCUMENT_TOKEN_TO_BE_REPLACED

According to the Bureau of Transportation, around 13 car crashes occur every minute in the U.S. When an accident happens it's important to know what steps to take and how to protect your rights. The most important step you can take is to hire a qualified car accident attorney … END_OF_DOCUMENT_TOKEN_TO_BE_REPLACED