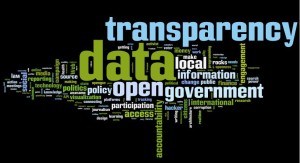 The California Public Records Act [Government Code section 6250 et seq.] provides that “a party” may file a petition for the issuance of an extraordinary writ to challenge an order of the trial court either directing or refusing disclosure under the Act. A group which advocates for open government successfully moved for the trial court to order disclosure of emails from the personal account of a city attorney pertaining to official business over a five year period. The court order was made despite the fact the trial judge did not view the documents in camera. A nonparty, an association of 473 California cities and their public officials, sought extraordinary relief because the trial court’s order of disclosure might have an impact on cities statewide.  The open government group argued the association of cities and public officials have no standing since their group is not a party in the underlying action. The Court of Appeal ruled the term “a party” as used in the Public Records Act is not limited to an actual party in the action, and further ordered the trial court to view the documents in camera. (League of California Cities v. Sup. Ct.  (San Diegans For Open Government) (Cal. App. Fourth Dist., Div. 1; October 28, 2015) 241 Cal.App.4th 976.)

Short sales have become a popular alternative for people struggling to keep up with their mortgage payments. But what is a short sale, and do you qualify? What is a Short Sale? A short sale is a sale of real estate in which the proceeds from the sale are insufficient to cover … END_OF_DOCUMENT_TOKEN_TO_BE_REPLACED

We often associate going to see an attorney with legal problems, but an attorney can help you in many different aspects of business. Whether you are just starting your business or have been in business for many years, an experienced business attorney can be an asset, providing … END_OF_DOCUMENT_TOKEN_TO_BE_REPLACED