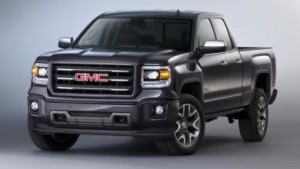 While driving a GMC pickup truck owned by her father, a 17-year-old got into an accident. However, even though the daughter was the only one to drive the pickup, the father had excluded his daughter from insurance coverage in order to save money on premium payments. The daughter’s mother, who is the ex-wife of the father, had insurance on her own vehicles, but not the GMC. The mother’s Nationwide policy provided coverage for a household member’s use of a “non-owned” vehicle, but not if the non-owned auto was “furnished or available” for “regular use.” Nationwide brought an action for declaratory relief, and the trial court entered a declaratory judgment in its favor. The 17-year-old’s family appealed, contending the vehicle was not available for the daughter’s use at the time and place of the accident because her parents did not want her driving that far from home and had told her not to drive at all for a week or two as punishment for bad grades. In affirming, the Court of Appeal stated: “The situation in this appeal falls squarely within this purpose of preventing abuse. The GMC was basically [the daughter’s] vehicle, but no one insured the truck for her use. Even though it was registered to her father and he had a key, [the daughter] had her own key and was the only one who drove it for a year and a half, with the possible de minimus exception that her mother may have driven it once or twice. . . . . The vehicle was for her exclusive use.” (Nationwide Mutual Ins. Co. v. Shimon (Cal. App. Third Dist.; December 17, 2015) 243 Cal.App.4th 29.)

Mark A. Mellor, Esq. was featured on ABC 10News San Diego, where several homeowners claim that a well-known solar company suddenly closed their doors and took off with their payments. "Attorney Mark Mellor specializes in construction law. He tells homeowners to check all … END_OF_DOCUMENT_TOKEN_TO_BE_REPLACED

In nearly any kind of enterprise, a business attorney is critically important in making sure that business transactions are conducted in appropriate ways. In general, business attorneys help their clients with everything involved in operationally running a business – from payroll … END_OF_DOCUMENT_TOKEN_TO_BE_REPLACED