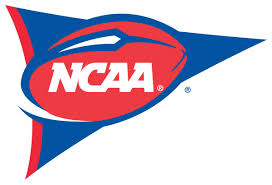 A former assistant football coach at the University of Southern California sued the National Collegiate Athletic Association [NCAA] for breach of contract, defamation and other torts after the NCAA issued its report on infractions about whether or not a running back named Reggie Bush received improper benefits while a student. The NCAA filed a motion to strike, arguing the lawsuit is a strategic lawsuit against public participation. Pending hearing on the motion, the trial court permitted discovery. Ultimately the trial court denied the motion to strike, as well as the NCAA’s motion to seal the records of the discovery taken, but did conditionally order those records sealed pending this appeal. The present appeal concerns only the trial court’s denial of the NCAA’s motion to seal the records of the discovery. The NCAA lost again when the appellate court ruled: “We conclude the NCAA failed to carry its burden to demonstrate that its interest in the confidentiality of its enforcement proceedings overrides the constitutional right of access and the presumption of openness, or how this interest in confidentiality would be prejudiced if the documents at issue were disclosed.”(McNair v. National Collegiate Athletic Assn. (Cal. App. Second Dist., Div. 5; February 6, 2015) 234 Cal.App.4th 25, [183 Cal.Rptr.3d 490].)

Mark A. Mellor, Esq. was featured on ABC 10News San Diego, where several homeowners claim that a well-known solar company suddenly closed their doors and took off with their payments. "Attorney Mark Mellor specializes in construction law. He tells homeowners to check all … END_OF_DOCUMENT_TOKEN_TO_BE_REPLACED

In nearly any kind of enterprise, a business attorney is critically important in making sure that business transactions are conducted in appropriate ways. In general, business attorneys help their clients with everything involved in operationally running a business – from payroll … END_OF_DOCUMENT_TOKEN_TO_BE_REPLACED