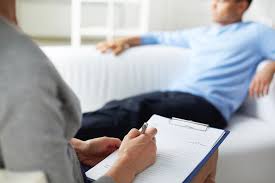 A criminal defendant’s step-daughter told her mother defendant had been sexually abusing her for a number of years. After police contacted defendant, he threatened suicide and was admitted to a psychiatric hospital pursuant to Welfare and Institution Code section 5150, for a 72-hour hold. During that hospitalization, defendant told a doctor and a nurse about acts of child abuse he committed. At his criminal trial, the prosecutor made a pretrial motion requesting permission to impeach defendant with these statements, should defendant decide to testify. The trial judge granted the prosecutor’s motion, and after defendant was convicted of continuous child abuse, he appealed, claiming it was because of the court’s ruling that he could not testify in his own defense, and was forced “to elect between his constitutional right to testify on his own behalf, and his right to preserve the confidentiality of his psychotherapist-patient communications.” The appellate court found no error, reasoning the nurse was a mandated child abuse reporter [Penal Code section 11164] and any statements she was required to report were excluded from statements protected by the Psychotherapist-patient privilege found in Evidence Code section 1010. (People v. Cannata (Cal. App. Fourth Dist., Div. 3; January 29, 2015) 233 Cal.App.4th 1113 [183 Cal.Rptr.3d 351].)

For years you diligently save up to buy your first house. After months of searching through listings, you finally find your dream home and make an offer that gets accepted. Just days before closing, everything goes smoothly until you get an email from your "real estate agent" … END_OF_DOCUMENT_TOKEN_TO_BE_REPLACED

According to the Bureau of Transportation, around 13 car crashes occur every minute in the U.S. When an accident happens it's important to know what steps to take and how to protect your rights. The most important step you can take is to hire a qualified car accident attorney … END_OF_DOCUMENT_TOKEN_TO_BE_REPLACED