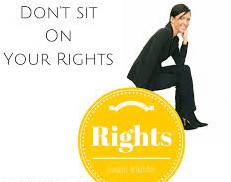 Plaintiff hired a lawyer to represent her in litigation. After settlement, plaintiff sought a refund of unearned attorney fees she had advanced as the lawyer had written her a letter stating she had a credit balance of $46,321.85 and the invoice so reflected. When the refund was not forthcoming, she hired another lawyer to try to get the refund. More than a year later, the second lawyer filed an action against the first lawyer for the refund. Under the legal malpractice statute of limitations found in California Code of Civil Procedure section 340.6, the trial court sustained a demurrer and dismissed the action. In reversing, the appellate court stated:  “But surely it cannot be the case that every conceivable act an attorney may take that affects his or her client is one arising in the performance of legal services. For example, if a client leaves her purse unattended in the attorney’s office and the attorney takes money from it, would we say that act arose in the performance of legal services? How different is it if, when the legal services have been completed and the attorney’s representation has been terminated, the attorney keeps the unearned fees belonging to the client?” Pointing out the case was at the demurrer stage, the appellate court continued: “Here, the facts alleged in [plaintiff’s] second amended complaint could be construed as giving rise to a cause of action for the theft or conversion of an identifiable sum of money belonging to her. This being the case, we cannot say [the pleading] demonstrates clearly and affirmatively on its face that her action is necessarily barred by the section 340.6 statute of limitations.” (Lee v. Hanley (Cal. App. Fourth Dist., Div. 3; July 15 , 2014) (As mod. Aug. 8, 2014) 227 Cal.App.4th 1295, [174 Cal.Rptr.3d 489].)

Did you know that on average, 95% of lawsuits are settled before they go to trial? With that statistic in mind, hiring a personal injury lawyer to handle your claim can ensure that you're getting the amount you deserve from your claim, regardless of the stage at which you're … END_OF_DOCUMENT_TOKEN_TO_BE_REPLACED

Landlord-tenant law can be complex, and it's a constantly evolving area of law. To ensure that both landlords and tenants are aware of their rights and responsibilities, it's important for them to understand the basics of landlord-tenant law in California. Having a Landlord or … END_OF_DOCUMENT_TOKEN_TO_BE_REPLACED

Homeowner construction flaws and unforeseen shortcomings can quickly become complex and difficult to manage. With the amount of work involved in the construction process, there's a high potential for errors to occur at any stage. If something goes wrong, it can be hard to know … END_OF_DOCUMENT_TOKEN_TO_BE_REPLACED