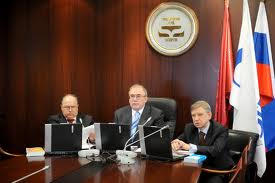 In an employment discrimination action, defendant law firm petitioned to compel arbitration of the claims based on a letter agreement:  “You and the Firm agree that any legal disputes which may occur between you and the Firm and which arise out of, or are related in any way to your employment with the Firm or its termination, and which disputes cannot be resolved informally, shall be resolved exclusively through final and binding private arbitration before an arbitrator mutually selected by you and the Firm. . .  This letter agreement . . . shall be construed in accordance with the internal substantive laws of The Commonwealth of Massachusetts.” Plaintiff asserted that Massachusetts substantive law as stated in Warfield v. Beth Israel Deaconess Medical Center, Inc. (Mass. 2009) 454 Mass. 390, 398, precluded arbitration of her statutory discrimination claims because Warfield required agreements to arbitrate statutory discrimination be in clear and unmistakable terms. Defendant argued Warfield was inapplicable because plaintiff’s claims were brought for violations of California statutes. The trial court denied defendant’s petition to arbitrate.  The appellate court affirmed, stating “Warfield’s holding does not interfere with the fundamental attributes of arbitration as stated in Concepcion (AT&T Mobility LLC v. Concepcion (2011) 131 S.Ct. 1740, 1743, [179 L.Ed.2d 742]).  Harris v. Bingham McCutchen  (Cal. App. Second Dist. Div. 5; March 29, 2013) 214 Cal.App.4th 1399.

Mark A. Mellor, Esq. was featured on ABC 10News San Diego, where several homeowners claim that a well-known solar company suddenly closed their doors and took off with their payments. "Attorney Mark Mellor specializes in construction law. He tells homeowners to check all … END_OF_DOCUMENT_TOKEN_TO_BE_REPLACED

In nearly any kind of enterprise, a business attorney is critically important in making sure that business transactions are conducted in appropriate ways. In general, business attorneys help their clients with everything involved in operationally running a business – from payroll … END_OF_DOCUMENT_TOKEN_TO_BE_REPLACED