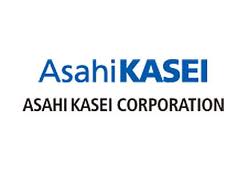 A Japanese corporation developed a drug to treat pulmonary arterial hypertension [PAH]. The company entered an agreement/license with a California-based company to develop and commercialize its drug in North America and Europe. Meanwhile, a Swiss corporation acquired the California-based company.  BTW, did I mention the Swiss company also markets a drug to treat PAH? Once it acquired the California-based company which held the marketing license for the Japanese company’s PAH drug, the Swiss company notified the Japanese company it “would discontinue development of [the Japanese company’s drug] for ‘business and commercial reasons.’”  In the Japanese company’s action against the Swiss company for intentional interference with the License Agreement, interference with prospective economic advantage, breach of a confidentiality agreement and breach of confidence, the jury was not amused.  The jury awarded nearly $546.9 million in compensatory damages and found defendants acted with malice, oppression and fraud.  Later more than $30 million in punitive damages was awarded against individuals. The trial court denied a motion for new trial on damages, conditioned on the Japanese company’s acceptance of a remittitur on certain damage categories. On appeal, defendants contended any actions taken to interfere with the License Agreement were privileged and not actionable. The appellate court affirmed the awards. Regarding the individuals, the appellate court stated: “The jury reasonably could have determined that imposition of substantial punitive damages on the three senior [Swiss company] executives who had personally directed [the Swiss company’s] malicious or fraudulent activities would deter [the Swiss company] from committing similar misconduct in the future.” (Asahi Kasei Pharma Corporation v. Actelion LTD. (Cal. App. First Dist., Div. 5; December 18, 2013) (As Mod. January 16, 2014) (Case No. A133927).)

Litigation is a process that can be difficult to navigate, but it doesn't have to be. Insurance coverage litigation varies from case to case and depends on the specific situation of each plaintiff or defendant. There are many different types of insurance claims including medical … END_OF_DOCUMENT_TOKEN_TO_BE_REPLACED

Insurance defense attorneys are lawyers that specialize in defending those who have been wrongfully accused of insurance fraud. They help individuals and businesses with claims that involve a violation of the law or liability under an insurance policy. Insurance defense is a … END_OF_DOCUMENT_TOKEN_TO_BE_REPLACED

Do you feel like your legal case isn't being handled correctly? Are you worried that your legal matters aren't going to be taken seriously? Or maybe you just need someone who is qualified and experienced in taking care of what's important to you. If any of this sounds … END_OF_DOCUMENT_TOKEN_TO_BE_REPLACED