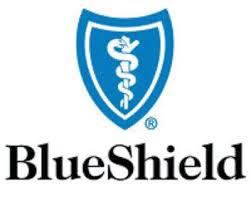 Five days after treatment at a breast center for a lump on her breast which proved to be cancerous as she continued her treatment, plaintiff applied for medical insurance. The questions on the application included whether she had “received any professional advice or treatment . . . from a licensed health practitioner” or “had any symptoms” pertaining to “breast problems, breast implants, adhesion, abnormal bleeding, amenorrhea, endometriosis, fibroid tumors”; “been an inpatient or outpatient in a hospital, surgical center . . . or other medical facility”; had any “abnormal laboratory results”; or had any “diagnosis, symptoms and/or health problems not mentioned elsewhere on this application, or that have not been evaluated by a physician, or have any complications or residuals remaining following any treatment, or been advised to have a physician exam, further testing, treatment or surgery which has not yet been performed. . .?” Plaintiff checked “no” to all the questions. At first the insurance company paid her medical claims, but 17 months after the policy had been in effect, the insurance company canceled the policy. The cancellation letter expressly stated the insurance company was electing to cancel coverage prospectively, rather than rescind the policy, and that any claims for covered services incurred prior to the cancellation would be covered. Later, plaintiff brought the present action against the insurance company for failing to pay her medical expenses. The trial court granted summary judgment in favor of the insurance company. The appellate court reversed, stating: “We hold that Blue Shield’s September 2006 decision to cancel, rather than rescind her policy, its affirmation of policy coverage up to that date and assurance that it would pay for services covered prior to the cancellation, its retention of appellant’s premiums, and its failure to assert a right to rescind until more than two years after it concededly had all the pertinent facts, constituted a waiver of its right to rescind as a matter of law.” (DuBeck v. California Physicians’ Service (Cal. App. Second Dist., Div. 4; March 5, 2015) 234 Cal.App.4th 1254 [184 Cal.Rptr.3d 743].)

Mark A. Mellor, Esq. was featured on ABC 10News San Diego, where several homeowners claim that a well-known solar company suddenly closed their doors and took off with their payments. "Attorney Mark Mellor specializes in construction law. He tells homeowners to check all … END_OF_DOCUMENT_TOKEN_TO_BE_REPLACED

In nearly any kind of enterprise, a business attorney is critically important in making sure that business transactions are conducted in appropriate ways. In general, business attorneys help their clients with everything involved in operationally running a business – from payroll … END_OF_DOCUMENT_TOKEN_TO_BE_REPLACED