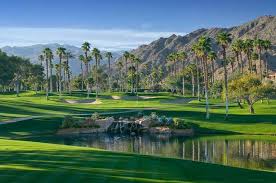 With regard to the purchase of additional land by a country club, members were given the option of paying a lump sum or making payments over a period of years. After some time, there was a dispute over the club’s treatment of that obligation vis-à-vis new members. Four members brought suit against the club, and the club, by then the defendant, petitioned to compel arbitration, based on an arbitration provision incorporated into its bylaws four months after plaintiffs’ complaint was filed. In affirming the trial court’s denial of defendant’s petition to compel arbitration, the appellate court stated: “And [defendant’s] basic premise, which is that each member’s agreement to the bylaw provision allowing for future amendments to its bylaws means those members are automatically bound by whatever amendments the Club makes in accordance with that provision – even after the members have resigned their membership – would doom the agreement as illusory if it were correct. Fortunately, it is not. (Cobb v. Ironwood Country Club (Cal. App. Fourth Dist., Div. 3; January 28, 2015) 233 Cal.App.4th 960, [183 Cal.Rptr.3d 282].)

Did you know that on average, 95% of lawsuits are settled before they go to trial? With that statistic in mind, hiring a personal injury lawyer to handle your claim can ensure that you're getting the amount you deserve from your claim, regardless of the stage at which you're … END_OF_DOCUMENT_TOKEN_TO_BE_REPLACED

Landlord-tenant law can be complex, and it's a constantly evolving area of law. To ensure that both landlords and tenants are aware of their rights and responsibilities, it's important for them to understand the basics of landlord-tenant law in California. Having a Landlord or … END_OF_DOCUMENT_TOKEN_TO_BE_REPLACED

Homeowner construction flaws and unforeseen shortcomings can quickly become complex and difficult to manage. With the amount of work involved in the construction process, there's a high potential for errors to occur at any stage. If something goes wrong, it can be hard to know … END_OF_DOCUMENT_TOKEN_TO_BE_REPLACED