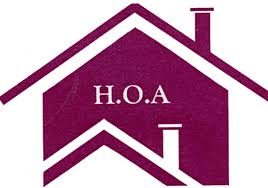 The trails developed by a developer adjacent to a housing community were badly damaged during rains and flooding in 2005. The home owners association brought an action against the developers for construction defects. The HOA also sued three former employees of the developers who were appointed by the developers to be members of the HOA during 2003. Defendants brought an anti-SLAPP motion to strike the causes of action for fraud, negligence and breach of fiduciary duty, contending they arise from protected statements made at the HOA board meetings. The trial court denied the motion. In affirming, the appellate court stated: “The breach of fiduciary duty, constructive fraud, and negligence claims are principally based on the Developer Board Members withholding information and improperly directing the expenditure of funds. These are not ‘written or oral statements’ [under the anti-SLAPP statute]. . . . The fraud cause of action presents a closer question.” The court concluded that homeowners association meetings fall outside the scope of official meetings within the meaning of the statute. (Talega Maintenance Corporation v. Standard Pacific Corporation (Cal. App. Fourth Dist., Div.3; April 15, 2014)225 Cal.App.4th 722, [170 Cal.Rptr.3d 453].)

Short sales have become a popular alternative for people struggling to keep up with their mortgage payments. But what is a short sale, and do you qualify? What is a Short Sale? A short sale is a sale of real estate in which the proceeds from the sale are insufficient to cover … END_OF_DOCUMENT_TOKEN_TO_BE_REPLACED

We often associate going to see an attorney with legal problems, but an attorney can help you in many different aspects of business. Whether you are just starting your business or have been in business for many years, an experienced business attorney can be an asset, providing … END_OF_DOCUMENT_TOKEN_TO_BE_REPLACED