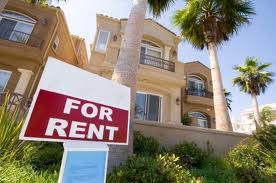 Building owners brought a libel action against a former tenant who posted a review of the apartment building on a Website: “Sadly, the Building is (newly) owned and occupied by a sociopathic narcissist—who celebrates making the lives of tenants hell. Of the 16 mostly-long-term tenants who lived in the Building when the new owners moved in, the new owners’ noise, intrusions, and other abhorrent behaviors (likely) contributed to the death of three tenants (Pat, Mary, & John), and the departure of eight more (units 1001, 902, 802, 801, 702, 701, 602, 502) in very short order. Notice how they cleared-out all the upper-floor units, so they could charge higher rents? [¶] They have sought evictions of 6 of those long-term tenants, even though rent was paid-in-full, and those tenants bothered nobody. And what they did to evict the occupants of unit #902, who put many of tens of thousands of dollars into their unit, was horrific and shameful. [¶]This is my own first-hand experience with this building, and its owners. I know this situation well, as I had the misfortune of being in a relationship with one of the Building’s residents at the time, have spent many days and nights over many years in the Building, and have personally witnessed the abhorrent behavior of the owners of the Building. [¶]―There is NO RENT that is low enough to make residency here worthwhile.” The trial court denied a special motion to strike brought by the defendant/former tenant under Code of Civil Procedure section 425.16, the anti-SLAPP statute. The appellate court affirmed, stating: “While many Internet critiques are nothing more than ranting opinions that cannot be taken seriously, Internet commentary does not ipso facto get a free pass under defamation law.” Bently Reserve L.P. v. Papaliolios (Cal. App. First Dist., Div. 1; July 30, 2013) 218 Cal.App.4th 418.

Are you in the process of buying or selling a home? If so, then you may need to hire a real estate lawyer. While there are many lawyers who practice real estate law, not all of them are created equal. You need to find one that has the experience and qualifications that you … END_OF_DOCUMENT_TOKEN_TO_BE_REPLACED

Debt is a stressful thing affecting many Americans. Some are choosing to file for bankruptcy to take action against their debt. Bankruptcy can be a complex and confusing process, so in this blog, we will break down the finer details so that you can make the best decision for … END_OF_DOCUMENT_TOKEN_TO_BE_REPLACED

If you are a business owner, then you know that contracts are an important part of doing business. Contracts set the parameters for a deal and protect both parties involved. Unfortunately, contract disputes can happen. If you think you might be dealing with a breach of contract, … END_OF_DOCUMENT_TOKEN_TO_BE_REPLACED