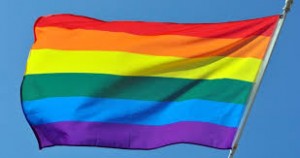 The allegations are that drug company #1 licensed to drug company #2 the authority to market drug company #1’s HIV drug.  After it sold the license to its drug, drug company #1 increased the price fourfold. Meanwhile back at drug company #1, another HIV drug was being marketed at a much lesser cost, thus driving business to the lesser-priced HIV drug that drug company #1 was marketing itself. Drug company #2 brought an action against drug company #1 for breach of the implied covenant of good faith and fair dealing, violation of antitrust laws as well as other causes of action. During jury selection, one of the jurors self-identified as being gay, and drug company #1 exercised its first peremptory challenge against that person. Drug company #2 challenged the peremptory strike, arguing it was impermissible under Batson v. Kentucky (1986) 476 U.S. 79, [106 S.Ct. 1712, 90 L.Ed.2d 69], in that the juror was excused on the basis of sexual orientation. The trial court permitted the strike, but indicated it would reconsider the ruling if drug company #1 struck other gay members of the venire. In the end, the jury returned a mixed verdict, not awarding everything requested by drug company #2, but awarding it $3,486,240 in damages. Drug company #1 appealed, and drug company #2 cross-appealed, agreeing a retrial was needed due to the Batson violation. The Ninth Circuit Court of Appeals reversed and remanded the matter, stating: “We hold that heightened scrutiny applies to classifications based on sexual orientation and that Batson applies to strikes on that basis.  Because a Batson violation occurred here, this case must be remanded for a new trial.” (Smithkline Beecham Corporation v. Abbott Laboratories (Ninth Cir.; January 21, 2014) 740 F.3d 471.)

Did you know that on average, 95% of lawsuits are settled before they go to trial? With that statistic in mind, hiring a personal injury lawyer to handle your claim can ensure that you're getting the amount you deserve from your claim, regardless of the stage at which you're … END_OF_DOCUMENT_TOKEN_TO_BE_REPLACED

Landlord-tenant law can be complex, and it's a constantly evolving area of law. To ensure that both landlords and tenants are aware of their rights and responsibilities, it's important for them to understand the basics of landlord-tenant law in California. Having a Landlord or … END_OF_DOCUMENT_TOKEN_TO_BE_REPLACED

Homeowner construction flaws and unforeseen shortcomings can quickly become complex and difficult to manage. With the amount of work involved in the construction process, there's a high potential for errors to occur at any stage. If something goes wrong, it can be hard to know … END_OF_DOCUMENT_TOKEN_TO_BE_REPLACED