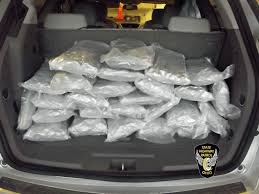 CHP officers observed nothing unusual, but pulled the pickup over anyway. They smelled marijuana and searched the truck, finding 30 pounds of weed. They arrested the two men inside. The men moved to suppress the evidence, arguing the traffic stop violated the Fourth Amendment because the officer lacked reasonable suspicion of criminal activity. This case reached the United States Supreme Court, and this is what the high court said: “After a 911 caller reported that a vehicle had run her off the road, a police officer located the vehicle she identified during the call and executed a traffic stop. We hold that the stop complied with the Fourth Amendment because, under the totality of the circumstances, the officer had reasonable suspicion that the driver was intoxicated.” (Navarette v. California (U.S. Sup. Ct.; April 22, 2014)134 S.Ct. 1683, [188 L.Ed.2d 680].)

Mark A. Mellor, Esq. was featured on ABC 10News San Diego, where several homeowners claim that a well-known solar company suddenly closed their doors and took off with their payments. "Attorney Mark Mellor specializes in construction law. He tells homeowners to check all … END_OF_DOCUMENT_TOKEN_TO_BE_REPLACED

In nearly any kind of enterprise, a business attorney is critically important in making sure that business transactions are conducted in appropriate ways. In general, business attorneys help their clients with everything involved in operationally running a business – from payroll … END_OF_DOCUMENT_TOKEN_TO_BE_REPLACED